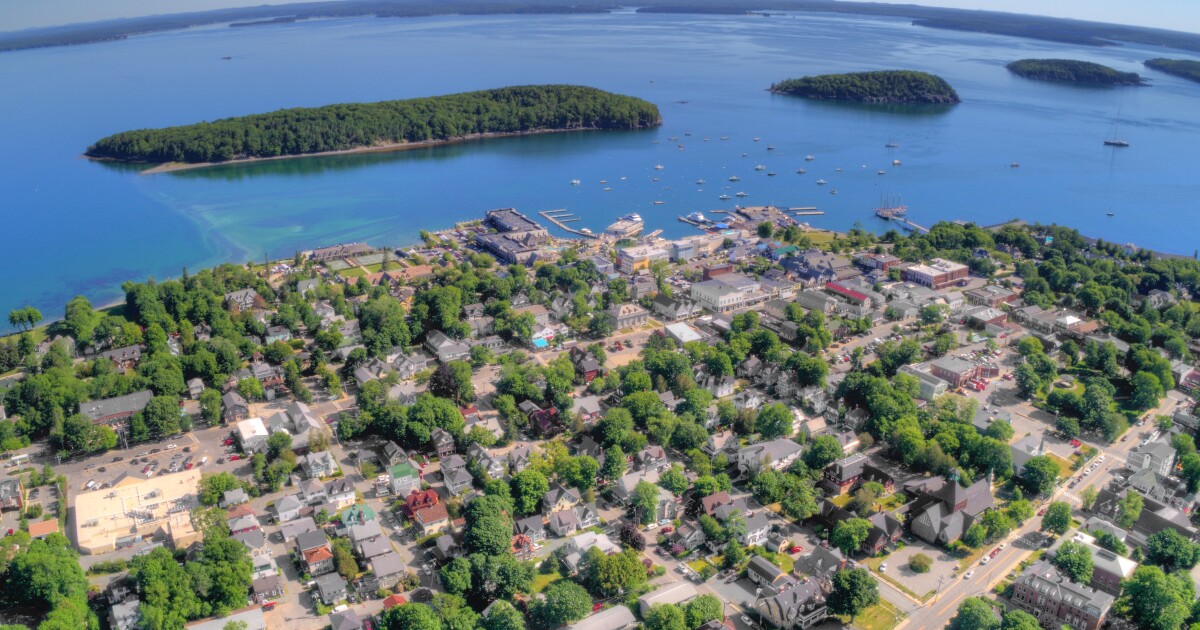 Maine’s red-hot residential real estate market shows no signs of cooling, thanks in part to increased interest from out-of-state buyers.

Through the first nine months of 2020, sales of existing single-family homes were running 2.6% ahead of last year’s record pace, according to a report released Thursday by Maine Listings, a subsidiary of the Maine Association of Realtors.

In addition, sales volume went up by 425 homes, an increase of 22.8% from September 2019. The total number of Maine homes sold in September (2,291) is the highest of any month in recent memory, according to Tom Cole, president of the Maine Association of Realtors and managing broker of Better Homes and Gardens Real Estate/The Masiello Group in Brunswick.

Cole said demand is driven by historically low mortgage rates “combined with the allure of Maine’s quality of life and response to COVID-19 from across the country, while the supply of for-sale properties also remains historically low.”

“With more buyers than sellers in most markets, we are seeing strong competition, faster sales and increasing pricing,” he said.

The September sales data closed out a third-quarter rebound following a pandemic-induced pause this spring that saw sales in April, May and June drop below the levels set in 2019, which turned out to be Maine’s highest year ever in terms of both sales volume and median price.

Even with the pause, the state had seen 347 more homes sold through the first nine months of this year (13,647 in total) than had been sold over the same stretch of 2019.

Cole said out-of-state buyers typically account for about one in four home purchases in Maine, but that ratio has risen to roughly one in three. Last month, 735 homes went to buyers from out of state, compared with 445 in September 2019.

One such out-of-state buyer is Danielle Filosa, who returned to Maine after four years living in Los Angeles.

Filosa closed on a home in Bristol in late September after writing a heartfelt letter to the seller, Peter Knauss, who had built the place himself in 1978 after taking a class at the Shelter Institute.

“Just a marvelous, sweet letter,” Knauss said. “It moved me to tears.”

Filosa, 29, had lived in Portland for two years starting in 2014 but returned to California after her father became ill. While on the West Coast, she started saving money and kept dreaming of one day putting down roots in Maine.

Her father’s death two years ago hastened that process, but her criteria (she wanted a pond on the property) and the fast pace of Maine’s residential market — “Houses I would look at, the next day they would be gone.” — worked against her.

Lauren Jones, associate broker with F.O. Bailey Real Estate in Falmouth, had been looking at homes online with Filosa since November. In August, Jones scheduled a day to visit five properties in person with Filosa, and shortly before her arrival, the house in Bristol appeared on the market.

They saw it first thing one morning, and Filosa immediately wanted to cancel the rest of her tour. There are two ponds on the wooded 3.7-acre property, located not far from Pemaquid Point Campground.

“I walked in,” Filosa said, “and was like, ‘Yeah, this is it.’ It had this sense of a soul and purpose. It just kind of stole my heart.”

By evening, she had made a full-price offer of $335,000 and Knauss accepted it. He even showed up for the inspection, pointing out all the home’s quirks, and wound up installing a new heating system (swapping out propane for kerosene) to supplement the wood stove and updating the water system as well, refinishing a floor in the process. Also at the inspection, Filosa presented Knauss with a friendship bracelet she had made, incorporating the home’s primary colors of brown, beige and green.

“Peter is such a kind person,” Filosa said. “He ended up fixing so many things that I didn’t even request.”

After the closing, Filosa’s mother treated everyone to a lobster dinner, including Kathy Leeman, the selling agent with Legacy Properties Sotheby’s International Realty based in Damariscotta. It was Leeman who had decluttered the home, which hadn’t been in as much use since Knauss moved to New Zealand three years earlier.

“We became close friends,” said Knauss, soon to be 74. “We sort of went around Kathy, who told me this is not the way real estate generally works.”

Jones, who had sold real estate in New York City for three years before moving back to her hometown of Falmouth in December, said she has been involved in deals valued as high as $53 million in Manhattan.

“And this was the coolest transaction I’ve ever worked on in my life,” she said. “The whole thing was just a great Maine story.”

The July-through-September sales increases were most prominent in Maine’s rural counties. Franklin, Hancock, Knox, Lincoln, Somerset, Waldo and Washington counties all saw gains of more than 30% over the third quarter of 2019. Prices over the same third-quarter stretch rose in every part of the state, from a low of 9% in Aroostook County to a high of 27.6% in Washington County.

“Those numbers are not typical at all for rural Maine,” said Aaron Bolster, president of Allied Realty, with offices in Rangeley, Wilton and Skowhegan. “It was been the wildest ride ever in 2020.”

Bolster said Franklin County includes many single-family, owner-occupied homes in the county seat of Farmington, as well as a substantial portion of second homes in and around the Rangeley Lakes region. He said both markets are equally strong.

“There’s so many buyers circling, waiting for a home to become available,” he said. “It creates this big excitement right when it hits. That’s why you’re seeing multiple offers, sight-unseen offers and offers above the asking price.”

“To go and do something this big and have it be this wonderful really solidified the feeling that it’s the right move for me,” she said. “I’ve told him he is always welcome here.”

Leeman has been selling real estate for a dozen years. She believes it can be helpful for buyers and sellers to meet and talk before closing, but had never seen such a friendship blossom so quickly.

“Of course we have this crazy market, so I almost didn’t know whether to trust whether she was truly as enthusiastic as she was,” Leeman said. “But the letter was just a real expression of Danielle, of who she was and what it meant to her.”