Mays, who oversees the daily operations of the valuation department and manages the company’s business partner networks, joined the company more than 12 years ago and has held numerous positions with varying responsibilities.

Planet Home Lending has hired Jerrold David as regional sales manager to further its footprint in Greater Los Angeles and continue expanding on the West Coast.

David has been in the financial industry since 2002 and most recently he was vice president regional manager with CMG Financial.

He also worked at Guaranteed Rate Affinity, US Bank Home Mortgage and Bank of America.

Nally, who has nearly two decades of industry experience, will serve as area sales manager.

Most recently, he was an area sales manager for CMG Financial in the Greater Los Angeles area. 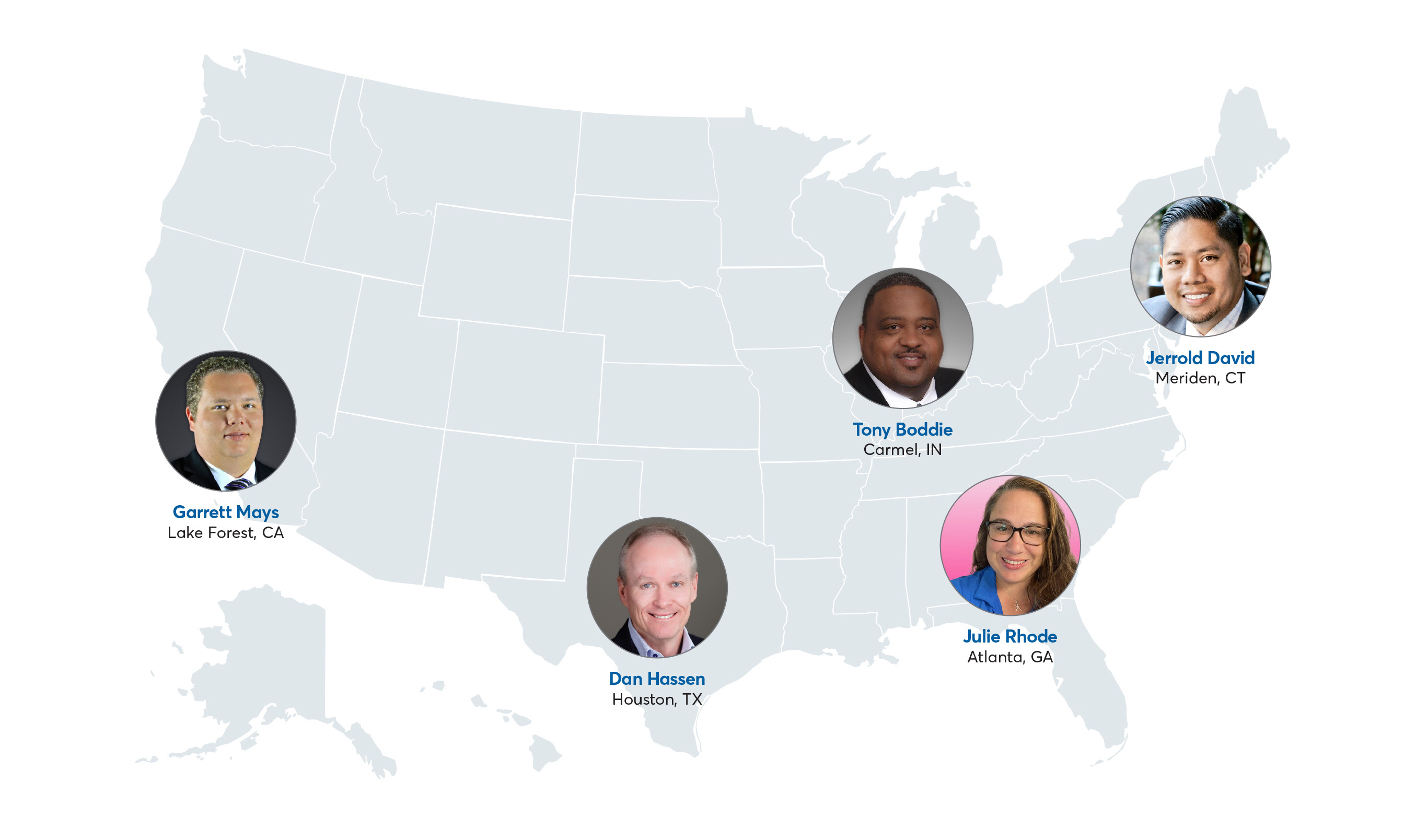 Rhode has 22 years of experience in the mortgage industry and prior to her joining EPM, she was the regional underwriting manager for Caliber Home Loans.

Prior to joining Merchants Bank of Indiana, Boddie worked as vice president and business development officer for Fidelity, managing client referral relationships throughout the Midwest and nationally.

Hassen is responsible for assisting with all phases of agency operations to help ANTIC grow its national presence.

He previously served as president of the Texas subsidiary of OS National LLC.